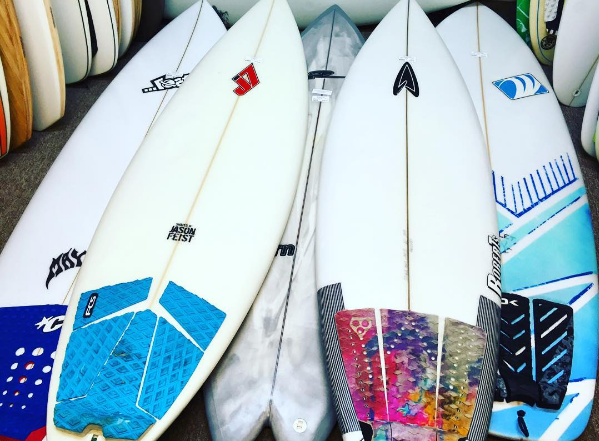 By Jay Recinto of Warm Winds Surf Shop With the sustainable surf movement gaining steam, we can take this chance to make a difference – a difference that can do wonders for the sport of surfing that we love and for Mother Nature as well. As a surfer, you may be under the impression that… END_OF_DOCUMENT_TOKEN_TO_BE_REPLACED

Awesome, Unusual Look at the History & Culture of Surfing Surfing is an ancient art and was first known as “he’e nalu”, which translates to wave-sliding. There was a strong history & culture of surfing attached to these people. However, surfing wasn’t simply a fun sport or a task that these ancient people completed. Instead, it was something that… END_OF_DOCUMENT_TOKEN_TO_BE_REPLACED

Australia’s Steph Gilmore did it again for the sixth time around, winning her the ASP World Champion title, just one championship away from the record of another Australian great, Layne Beachley. The ASP World Tour is a competition sponsored by the Association of Surfing Professionals, the governing body for pro surfers. It consists of the… END_OF_DOCUMENT_TOKEN_TO_BE_REPLACED

Gabriel Medina’s foray into surfing has been described as “meteoric,” with his recent success igniting a surfing fever across Brazil. In 2011, his WCT (World Championship Tour) rank was 12th; in 2012, he would move up to 7th; a year later, he would slip down to 14th, but in 2014, Gabriel Medina Pinto Ferreira would grab… END_OF_DOCUMENT_TOKEN_TO_BE_REPLACED